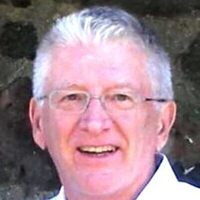 Richard (Rick) graduated from University School in 1962 and attended Northwestern University from 1962-1966. Rick received his medical education at George Washington University followed by an internship and residency in colon & rectal surgery at the Cleveland Clinic. Rick served in the US Army at the US Army hospital in Landstuhl, Germany, from 1977-1978, attaining the rank of Major.  Having worked at many hospitals in the Miami, Florida area, including Palmetto General Hospital, Aventura Hospital, Parkway Hospital, Jackson North Hospital, and Northshore Medical Center, Dr. Taylor maintained his active, 50+ years of practicing medicine until a month ago.

Rick was a lifelong Cleveland sports fan. Over the course of his life, Rick participated in numerous sports, including baseball, soccer, downhill skiing, golf and tennis.  Rick excelled at tennis, winning club championships at Miami Shores and the Jockey Club in Miami.  Rick enjoyed going on numerous trips to Europe with his dear friends, Josette Sanford and Don Negrelli. Rick loved listening to classical music and jazz, along with being a voracious reader.  With his great sense of humor and innate knack for telling jokes, Rick always loved to make people laugh.

Rick was much loved and will be greatly missed.

Visitation will be held Wednesday, May 4, 2022 from 11AM to 12Noon at THE DeJOHN-FLYNN-MYLOTT FUNERAL HOME OF SOUTH EUCLID, 4600 Mayfield Rd., South Euclid, Ohio. Funeral service and entombment following at 12:30PM at Knollwood Cemetery Mausoleum.

We are pleased to provide for you this grief video series by Doug Manning titled The Journey of Grief. His presentation about the END_OF_DOCUMENT_TOKEN_TO_BE_REPLACED