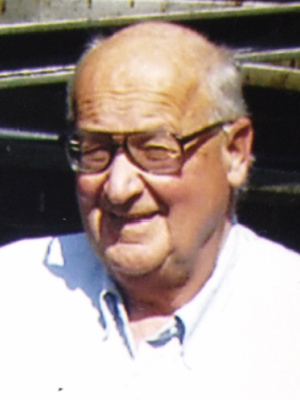 Robert was born in Youngstown, Ohio to Robert and Nelle (Hinish) Resch on December 21, 1935. He was both a mischievous child and an exceptionally intelligent student who excelled in the sciences, even building a functional cyclotron in his basement as a teenager with a friend. He was also a talented athlete who loved baseball and basketball.  Robert loved animals and would always tell stories about his adventures with his childhood dog.

Robert graduated from Case Institute of Technology (now Case Western University) with both a B.S. and later M.S. in electrical engineering and held nine patents in his field.  While working for TRW Inc. he was granted “Q” security clearance with the U.S. Atomic Energy Commission (now U.S. Nuclear Regulatory Agency) and was involved in many classified military projects including the Pershing missile. He then partnered with several other engineers to establish Cyberex Inc., which manufactured backup power systems where he served as Head of Research and Development. Robert formed lasting friendships with staff regardless of their status in the company and mentored many young engineers.

Robert was an avid reader and had an endless quest for knowledge. And had passion for classical music and art and film. With a seeming endless amount of energy Robert accomplished many hard tasks at both work and home. His humor and humanity made him a light in a dark world and will be missed by many, including the many friends he made throughout his life.

In accordance with his wishes there will not be any calling hours or funeral.  A private memorial service will be held at a later date.  In lieu of flowers or brass blade fans, contributions may be made in memory of Robert to Shriners Hospital or a charity of your choice.  Cremation by DeJohn Crematory.

Offer Condolence for the family of Robert Jacob Resch Jr.

We are pleased to provide for you this grief video series by Doug Manning titled The Journey of Grief. His presentation about the END_OF_DOCUMENT_TOKEN_TO_BE_REPLACED