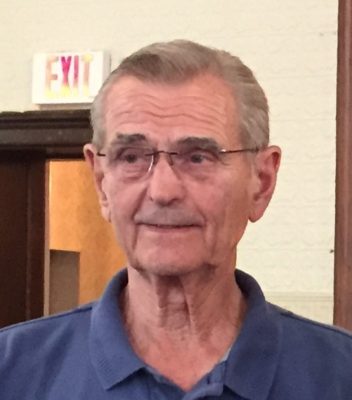 Robert (Bob) S. Rinehart was born Dec 1, 1939 in Boothesville W. VA. and passed away March 24, 2019. He was a resident of Chesterland since 1991 and formerly Kirtland. Bob graduate from Euclid High School in 1957. Bob was a plumber for 61 years starting his own company Rinehart Plumbing for 40 years. He also started R&F Homes with his long-time friend and plumbing partner Frank Wizy. Plumbing was his passion. He enjoyed his private lake with his Koi fish feeding and fishing with grandchildren and friends, traveling to Caribbean Islands, Spain, Hawaii and US states. Bob belonged to Fraternal Orders of Eagles of Wickliffe and Competition Corvette Club until he became ill. He would like to be remembered as a fair and great plumber, happy go lucky, hardworking and friendly. Bob was social and loved his work. He will be dearly missed.

Contributions may be made in memory of Bob to ALS Association Northern Ohio Chapter 6155 Rockside Rd, Independence, OH 44131 or Hospice of the Western Reserve P. O. Box 72101 Cleveland, OH 44192. Cremation by DeJohn Crematory. Services will take place at a later date. Arrangements by THE DeJOHN FUNERAL HOME & CELEBRATIONS CENTER OF CHESTERLAND.

Offer Condolence for the family of Robert S. Rinehart

We are pleased to provide for you this grief video series by Doug Manning titled The Journey of Grief. His presentation about the END_OF_DOCUMENT_TOKEN_TO_BE_REPLACED