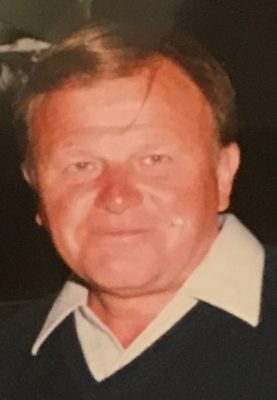 Robert was born in Cleveland on September 22, 1932, and passed away on March 31, 2020. He was a resident of Willoughby Hills for the past 23 years, and lived in Maple Heights prior. A 1950 graduate of South High School, Robert went on to graduate from Kent State University, becoming a biology teacher at Rhodes High School. He ran a YMCA boys camp in Canada, and enjoyed playing handball, going to the YMCA, fishing, and was a Cleveland Browns and Indians fan. He loved big band music, and traveling to Florida. Robert is described as outgoing, social, and charismatic. He liked to tell jokes and was funny and witty. He will be missed by many.

In lieu of flowers, contributions may be made in memory of Bob to Hospice of the Western Reserve, PO Box 72101, Cleveland, OH 44192. Private Family Services will take place Monday, April 6, 2020 at 1 PM with live streaming of service available (see Funeral Home website guestbook) followed by burial at All Souls Cemetery. Memorial Mass and Celebration of Life Service will take place at a future date. Arrangements by THE DeJOHN-FLYNN-MYLOTT FUNERAL HOME OF WILLOUGHBY HILLS.

Offer Condolence for the family of Robert W. Sovey

We are pleased to provide for you this grief video series by Doug Manning titled The Journey of Grief. His presentation about the END_OF_DOCUMENT_TOKEN_TO_BE_REPLACED