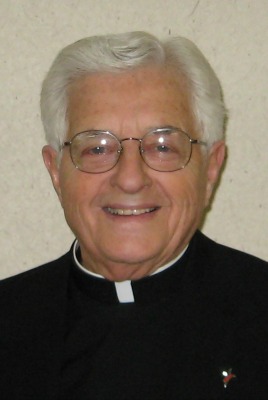 Ross Charles DeJohn was born June 11, 1928, to the late Carl and Teresa (nee Piscitello) in Cleveland.  He attended South High School and graduated in 1946.  He served in the United States Marine Corps and upon discharge entered the Marine Corps and Navy Reserve while attending John Carroll University. DeJohn married his wife of 67 years, Carmella (nee Liuzzo) in 1949.  He graduated from the former Cleveland College of Mortuary Science and became a licensed embalmer and funeral director in 1952.  He began his career at the McCoy-Leffler Funeral Home in Middletown, Ohio, before moving back to Cleveland and working for the Nosek Funeral Home and later the Flynn-Froelk Funeral Home.

In 1956, due to a series of back surgeries, DeJohn left the funeral home and began employment with the General Electric Company in the Lamp Division, working as a technician in the photo lamp department.  He moved on to the Human Resources Department and later retired as a Health Care Administrator in 1983, when he chose to devote his time to the city of Mayfield Heights.

In 1986, with his son Ross, Jr., DeJohn bought the Flynn Mylott Funeral Home, which later became DeJohn-Flynn-Mylott, and continued to serve the Cleveland community.  In 1993, DeJohn was appointed to the Ohio State Board of Embalmers and Funeral Directors by Governor George V. Voinovich and eventually served as President until retirement in 2008.

A Mayfield Heights resident since 1953, Mayor DeJohn’s interest in city structure awarded him an appointment to City Council in 1960.  He won the mayoral race in 1965 against many odds, including a popular incumbent.  DeJohn remained mayor for 28 years.  He served Mayfield Heights in its most formative years and raised funds through donations for the city civic center which now bears his name.  He presided over the 1968 groundbreaking of Hillcrest Hospital, where he served as a board member.  Mayor DeJohn was instrumental in developing the city’s corporate center, which provides valuable tax dollars to the city today.

Rev. Mr. DeJohn served the Church of St. Clare in Lyndhurst, Ohio, and the Cleveland Catholic Diocese as a Deacon since his ordination on June 4, 1983. One of DeJohn’s first official acts as deacon was to perform the marriage of his son Robert and daughter-in-law Lori on his own anniversary October 29, 1983.  DeJohn presided over many baptisms, first communions, funerals, and weddings, as well as assisting in Catholic Masses. His service to the community also included devoted membership in the Knights of Columbus Gilmour Council #310 and 4th Degree Moses Cleaveland #800 and the Order of Alhambra Carmona Caravan #75.

Ross’ many hobbies included his love of all Cleveland sports teams and attending games with his family, bowling, golfing, and traveling with his wife Carmella. He will be greatly missed by his family, the many friends and those he ministered to and served in all parts of his life over the years.

Please join us to pay tribute to and celebrate the life of Ross at THE DeJOHN FUNERAL HOME & CELEBRATIONS CENTER OF CHESTERLAND 12811 CHILLICOTHE ROAD (Rt. 306, just south of Mayfield Rd.) SUNDAY 1-7 PM. Prayer and Eulogy Service SUNDAY 7:30 PM. All are welcome to attend Vespers on MONDAY, November 28, at 3 PM at St. Clare Catholic Church 5659 Mayfield Rd., Lyndhurst, with Visitation following until 7 PM. Relatives and friends are invited to meet for the Mass of Christian Burial TUESDAY November 29, at St. Clare Church at 11 AM, The Most Reverend Roger W. Gries, O.S.B., Presiding. Entombment following with Military Honors at All Souls Mausoleum. 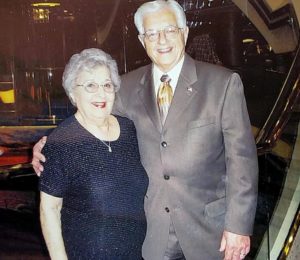 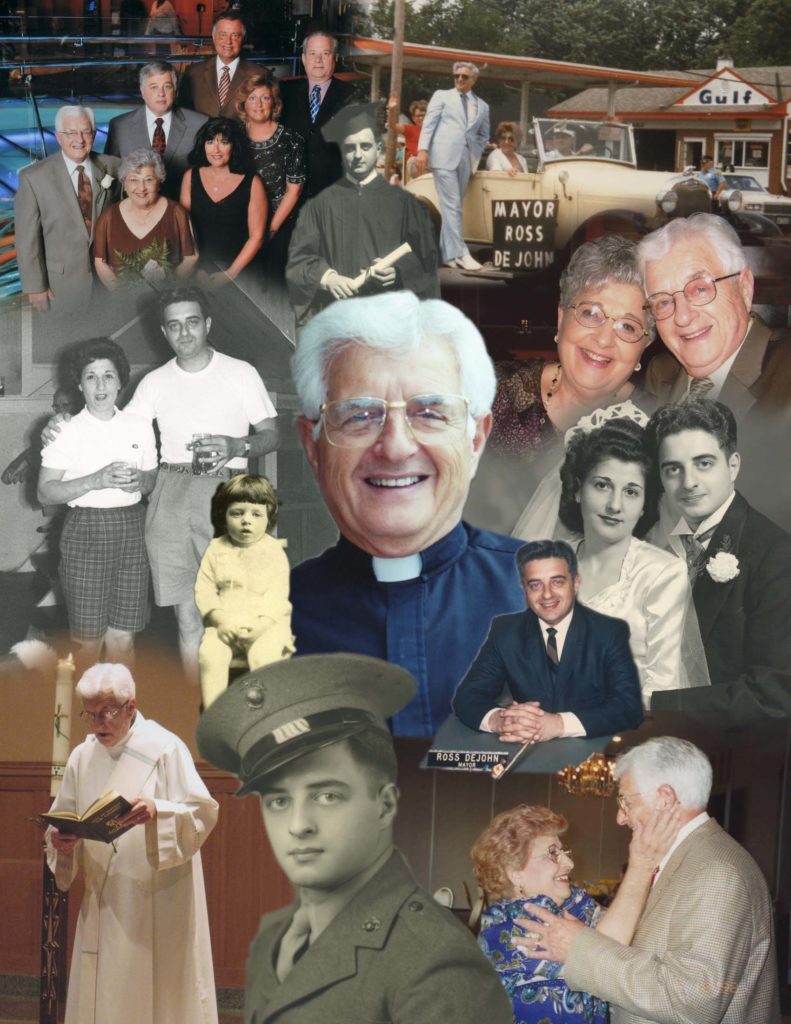 Offer Condolence for the family of Ross C. DeJohn Sr.

We are pleased to provide for you this grief video series by Doug Manning titled The Journey of Grief. His presentation about the END_OF_DOCUMENT_TOKEN_TO_BE_REPLACED