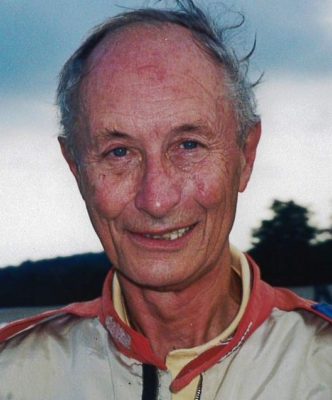 Russell was born on December 20, 1933 in Cleveland and died peacefully on January 14, 2019 of complications from mesothelioma. A longtime resident of Cleveland’s East side, Russ is survived by his loving wife Audrey, his three children Lee, Todd (Maribeth), Sara (Jon) Sjothun and seven grandchildren, Charles, Brittany, Leah, Mathias, Lauren, Aidan and Eoin. He is preceded in death by his brother Merle Marxen (Marilyn) and his parents Mathias and Olive (Garinger). Russ was an adventurer who enjoyed the bounty of the world, from dancing, skiing and golfing to the outdoors and travel; he was game for everything. He thoroughly enjoyed his children and grandchildren and could be counted on for a fun day out at every visit. He and Audrey had so many adventures in their 56 years of marriage. A proud graduate of East High School, he later earned a BSBA from Cleveland State University.  Drafted into the US Army after college he was stationed in Washington State.  After his military obligation, he worked for 30 years for the Weatherhead Co. as regional sales manager in St Louis, MO and later as the division sales manager in Cleveland. He received his MBA in 1983 from Bowling Green State University. After retirement, he worked as a salesman at IWI Inc for his longtime friend. Russ was an avid DIYer, assisting his kids with their many home projects, refinishing beautiful furniture for his family and in his later years, took up stained glass. Russ volunteered his time at many social and art based programs including the Habitat for Humanity, Cleveland Museum of Art, and Holden Arboretum.  He was also a supporter of Cleveland’s performing arts and the Metro Parks System. Always curious about how the world worked, his insights, wisdom, and spirit will be dearly missed.

In lieu of flowers or gifts please make a donation in Russ’s name to one of his favorite charities:  Habitat for Humanity: https://www.habitat.org/donate/  ,Cleveland Metro Parks: https://clevelandmetroparks.com/parks/get-involved/donate  , and WKSU public radio: https://www.wksu.org/support/pledge . Cremation by DeJohn Crematory. Celebration of Life Service SUNDAY, February 17, 2019 at Mayfield Church 7747 Mayfield Rd., Chesterland, OH 44026. Visitation will start at 2PM a service will be held at 2:30 pm followed by a reception for friends and family until  approximately 4:30 pm.

Offer Condolence for the family of Russell L. Marxen

We are pleased to provide for you this grief video series by Doug Manning titled The Journey of Grief. His presentation about the END_OF_DOCUMENT_TOKEN_TO_BE_REPLACED