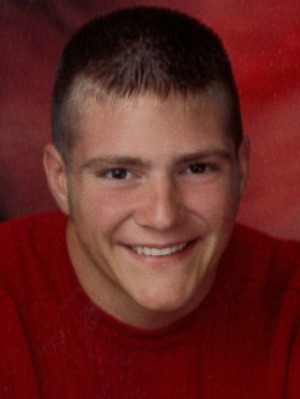 Ryan was born on September 10, 1983 and passed away on August 15, 2017, The Feast of the Assumption.  He was a 23-year resident of Chesterland, previously of Newbury.  Ryan was a 33-year parishioner of St. Anselm Catholic Church in Chesterland, where he spoke to RCIA (Rite of Christian Adults) groups.

He graduated West Geauga High School in 2002, where he was on the wrestling and baseball teams. He was a student at Ohio University, where he was a member of Sigma Phi Epsilon fraternity and the water skiing club.

Even after being injured in a 2006 diving accident, Ryan always had a smile on his face and never knew a stranger. He loved fixing cars, water sports, dirt bike racing, motorcycling, and motor sports, especially the Indianapolis 500. Ryan received the most enjoyment in life from his family and friends. He was kind-hearted, considerate, gregarious, and positive. Ryan had a witty sense of humor and people loved to be around him. He will be dearly missed.

Contributions may be made in memory of Ryan to United Spinal Association of Northeast Ohio Attn: Jeff Schiemann P.O. Box 934 Chesterland, Ohio 44026. Mass of Christian Burial Monday, August 21, 2017 at St. Anselm Catholic Church at 10 AM. Burial following at All Souls Cemetery. Family will receive friends to pay tribute to and celebrate the life of Ryan at THE DeJOHN FUNERAL HOME & CELEBRATIONS CENTER OF CHESTERLAND 12811 CHILLICOTHE ROAD (Rt. 306, just south of Mayfield Rd.) SUNDAY 1-7 PM.

Offer Condolence for the family of Ryan Housholder

We are pleased to provide for you this grief video series by Doug Manning titled The Journey of Grief. His presentation about the END_OF_DOCUMENT_TOKEN_TO_BE_REPLACED