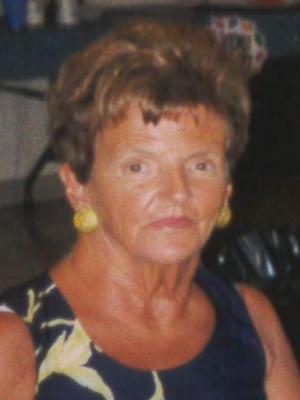 Shirley was an amazing cook and loved being outdoors gardening and sunbathing. She enjoyed spending time with her family and lived her life for them. Her devotion to her husband was without ending, especially when she became his full-time caregiver after he experienced a stroke. On July 10, 2022, Shirley was reunited with her husband of 42 years.

In lieu of flowers, contributions can be made to Hospice of the Western Reserve.

Family will receive friends to pay tribute to and celebrate the life of at THE DeJOHN-FLYNN-MYLOTT FUNERAL HOME SOUTH EUCLID 4600 MAYFIELD ROAD WEDNESDAY 4-8 PM.

Offer Condolence for the family of Shirley C. Mlinarcik

We are pleased to provide for you this grief video series by Doug Manning titled The Journey of Grief. His presentation about the END_OF_DOCUMENT_TOKEN_TO_BE_REPLACED