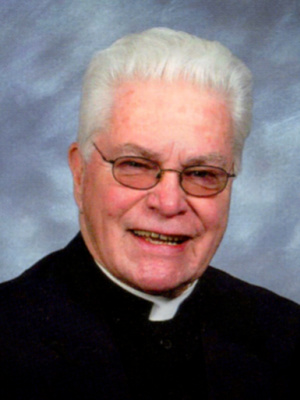 The Reverend James D. Schorr, Senior Priest-Retired, died Wednesday, 27 October 2021, after having received the prayerful support and consolation of the Sacraments.

At the request of the family there will be no wake or Vespers. The Funeral Mass will be celebrated Thursday, 04 November 2021, St. Mark Church, 15800 Montrose Ave., in Cleveland at 11:00 AM. Bishop Martin J. Amos will be the main celebrant and Father Daniel Schlegel will be the homilist. Interment Holy Cross Cemetery, Brook Park, Ohio.

Offer Condolence for the family of Reverend James D. Schorr

We are pleased to provide for you this grief video series by Doug Manning titled The Journey of Grief. His presentation about the END_OF_DOCUMENT_TOKEN_TO_BE_REPLACED