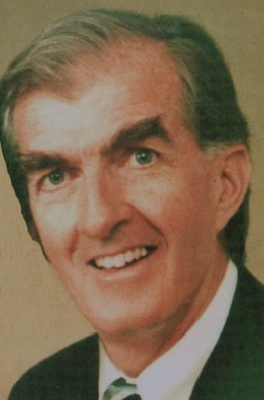 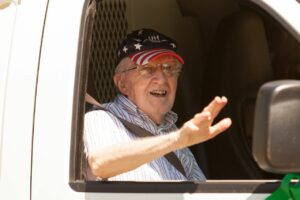 Walter Stinson, shown here waving to residents who lined the streets for the University Heights Memorial Day Parade of 2018, died Oct. 7 at the age of 94. (Photo Courtesy of Caleb Shuster)

UNIVERSITY HEIGHTS, Ohio — Services will be held at 11 a.m. Friday (Oct. 14) at Gesu Catholic Church for longtime resident Walter Stinson, whose decades of service to the city included work as its first community coordinator.

Stinson had the honor of having University Heights’ then-new park named after him in 2019.

Mayor Michael Dylan Brennan ordered the flag at City Hall to be flown at half-staff in Stinson’s honor until Stinson’s interment. On Monday (Oct. 10), Brennan issued a proclamation recognizing Stinson’s life and service.

Stinson served as University Heights’ community coordinator beginning in 1976, when he was named to the position by then-mayor Irving Konigsberg. Stinson went on to serve in that position under succeeding mayors Beryl Rothschild and Susan Infeld before retiring in February 2010.

Infeld hired him later that year to serve as senior services manager, during which he organized the Senior Happenings series at the University Heights Library.

With the onset of the COVID-19 pandemic, Stinson retired once more in 2020. 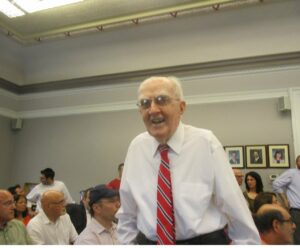 In that resolution, it was stated that Stinson, a 44-year resident, “was instrumental in promoting diversity in fair housing opportunities by serving on the former Hillcrest Housing/Cuyahoga Plan; participating on the Series of Discoveries; and by applying to the Cuyahoga County Department of Development for Community Development Block Grant Program funds to assist low- and moderate-income individuals through various projects.”

The resolution also stated that Stinson “has been an influence for good in the growth and progress of our community while furthering the cause of better understanding and making a difference in the lives of many, which has earned him the respect of a host of residents representing all ages and walks of life.”

Brennan announced the park would be named for Stinson during his Feb. 13, 2019; state-of-the-city address given at John Carroll University. Stinson was in attendance. When asked after the address about the honor, Stinson simply said, “I think it’s great. I’m very flattered.” 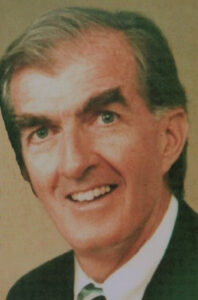 In lieu of flowers, the family suggests that contributions be made to the Maryknoll Fathers, 55 Ryder Road, Ossining, N.Y., 10562.

Interment will be in Lake View Cemetery. Family will receive friends to pay tribute and celebrate Stinson’s life from 3 to 7 p.m. Thursday (Oct. 13) at the DeJohn-Flynn-Mylott Funeral Home, 4600 Mayfield Road in South Euclid.

Offer Condolence for the family of Walter John Stinson

We are pleased to provide for you this grief video series by Doug Manning titled The Journey of Grief. His presentation about the END_OF_DOCUMENT_TOKEN_TO_BE_REPLACED