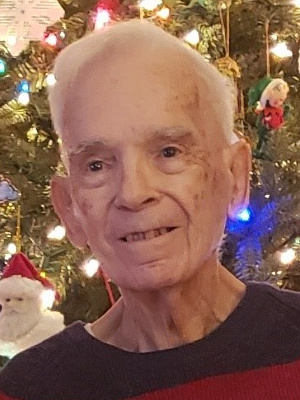 William was born on March 22, 1928, in Detroit, Michigan, and passed away on February 1, 2021. He grew up in Cleveland Heights and most recently resided in Euclid, Ohio. Bill enjoyed attending Our Lady of Lourdes Shrine and serving as a Lourdes Knight with his son Paul, which he had been a member of for 15 years. As a young man, he proudly served in the United States Air Corps. His service placed him within the Korean War era, and he helped to construct and test the H-Bomb on Enewetak Atoll, in the Marshall Islands. After his time in the service, Bill began working in sales. He started his journey with Fuller Brush Company. He would go door to door selling the product in all types of weather. During a very cold winter day he was sought out by a member of Western Southern Insurance Company for his dedication and perseverance. This interaction began his 28-year service with Western Southern. Bill also volunteered at the Cleveland Clinic and successfully established an order for patient mail delivery. In his free time, he used to enjoy golfing and bowling, which is the very sport that led him to his beloved Connie, but most recently enjoyed shopping and ordering from QVC and the Shopping Network. He was an avid sports fan and loved watching the Cleveland Sports teams, especially the Indians. Bill was a great provider and tried to do whatever he could to help his family and others. He grew fond of the holidays, gift giving, and simply spending time with his family. Bill was a man of a million ideas and could strike up a conversation with anyone. He will be dearly missed.

Burial at All Souls Cemetery at a later date.

ARRANGEMENTS BY THE DeJOHN-FLYNN-MYLOTT FUNERAL HOME OF WILLOUGHBY HILLS, 28890 CHARDON ROAD (between Bishop Rd. and Rt. 91).

Charity Name: VETERANS OF FOREIGN WARS OF THE UNITED STATES DEPT OF KANSAS

Offer Condolence for the family of William Kolleda

We are pleased to provide for you this grief video series by Doug Manning titled The Journey of Grief. His presentation about the END_OF_DOCUMENT_TOKEN_TO_BE_REPLACED