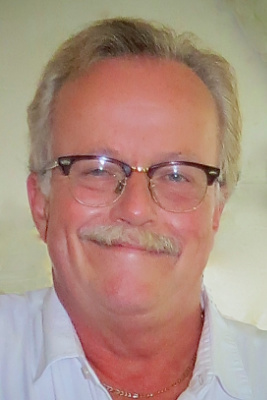 WISMER ADELBERT JOHNSON 1957-2022. Aged 64, passed away at home in Shaker Heights on July 18, 2022. Also known as “Wis,” Wismer spent his youth on Lazy Locust Farm in Aurora, Ohio, the fifth child of George Clark Johnson, Jr. and Ohio State Senator Anice Wismer Johnson (both deceased). He will be missed by his three children: son Benjamin (partner Jeanie Pipher) of Medina, and daughters Caitlyn Johnson and Kelly Johnson, both of Daytona Beach, FL. He was close to his siblings: Michael Anne Johnson of Shaker Heights, George C. Johnson, III (deceased) (Silvia) of Houston, Anice Johnson Ervin of Spring Island, SC, and Doan Burgess Johnson (Pamela, deceased) of Dallas. Wis was thrilled to have recently met his first grandchild, Harlow. He was uncle to 18 nieces and nephews. Wis loved dogs. His favorite was his dachshund Ziggy, short for Ziggy Stardust.

Wismer had a 35-year career as a hotel manager, primarily on coastal Florida. Among several, he was general manager of the Palm Coast Villas, Palm Coast, Homewood Suites by Hilton, in Daytona Beach, and Holiday Inns. He was a recipient of 12 awards from Hilton Hotel Corp., including Hotel of the Year and General Manager of the Year, and received six Circle of Excellence awards from Trip Advisor during his years as manager at Palm Coast Villas.

Even before graduating from Aurora High School in 1975, Wis knew he wanted to work in hospitality and public relations. His first hotel manager positions were northeastern OH and then Mansfield, OH. He had a great facility for interacting positively with all, athlete guests at the hotel to guest room and front desk staff.

Wis loved sports and when he moved to Florida, he continued as a loyal fan of the Browns, Indians and Cavaliers. He coached his daughter’s basketball teams in Daytona Beach and when he wasn’t coaching, he was the loudest fan in the crowd.

Wismer returned to northern Ohio in 2018. These last four years he enjoyed following current events and watching his favorite sports teams–Indians (Guardians), Browns, Cavaliers and world and national sporting events. What an informed fan! He continued following girls’ and women’s basketball. His favorite local team was the fantastic Laurel School Gators and before the arrival of Covid he had the pleasure of watching their home games.

An avid foodie, Wis enjoyed cooking, dining out and ordering favorite takeout. He also enjoyed catching up with his children, finding the best online deal and listening to his favorite music. The Beatles were one of his many favorites. Wismer always had a positive spirit and expressed gratitude throughout his medical difficulties. He will be greatly missed.

In lieu, of flowers, his family suggests a memorial contribution to a charity of one’s choice.

A brief service will be held at 2:00 p.m. on Tuesday, July 26, at the Wade Chapel in Lake View Cemetery, 12316 Euclid Avenue, Cleveland. Enter from either Euclid or Mayfield and follow the signs to Wade Chapel. Afterward, family and friends will gather at the Cleveland Skating Club, 2500 Kemper Road, Shaker Heights from 3:30 to 5:30 p.m., to share memories and Wis’s favorite appetizers and refreshment.

Click here to view the service ==>
Arrangements entrusted to THE DeJOHN-FLYNN-MYLOTT FUNERAL HOME OF SOUTH EUCLID.

Offer Condolence for the family of Wismer Adelbert Johnson

We are pleased to provide for you this grief video series by Doug Manning titled The Journey of Grief. His presentation about the END_OF_DOCUMENT_TOKEN_TO_BE_REPLACED